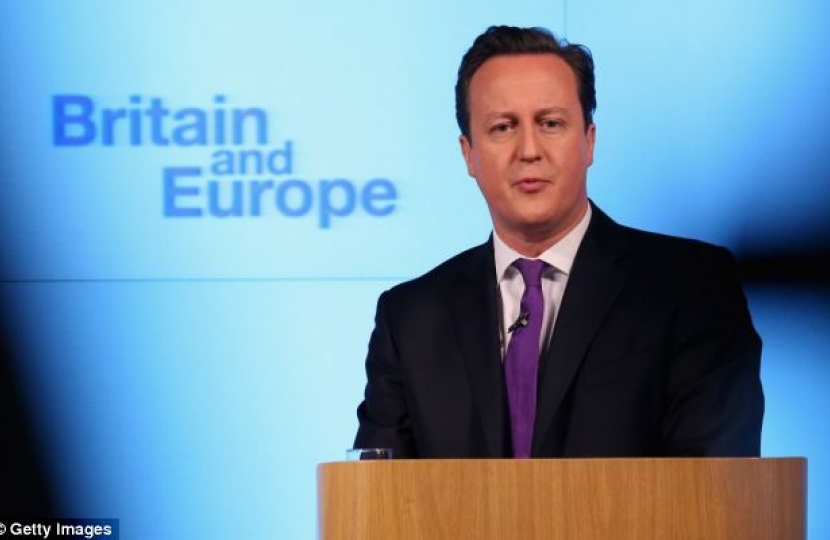 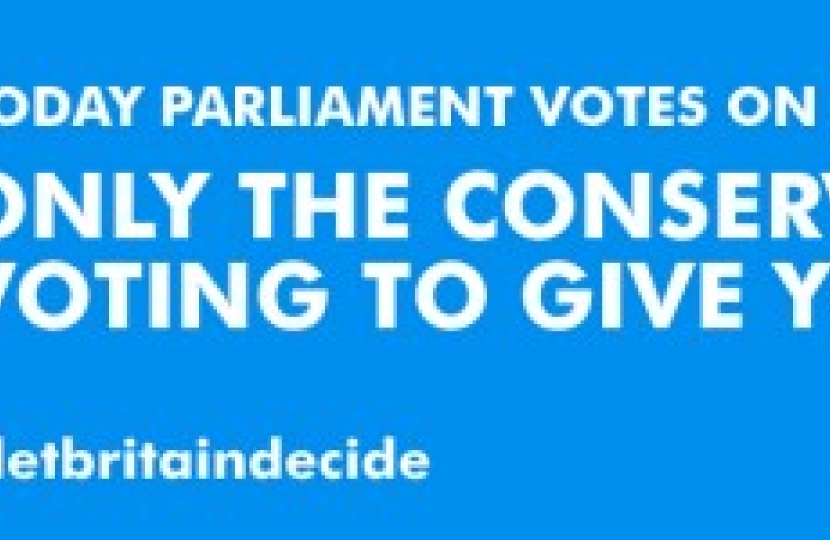 The EU Referendum Bill, which aims to confirm in law that there will be a referendum on our membership of the EU in 2017, has today passed through the Commons and will now be scrutinised in the House of Lords in the New Year.

Conservative MPs voted overwhelmingly to #letbritaindecide on our involvement in the EU, whilst Labour and Lib Dem MPs would rather the public didn't have a say... Only the Conservatives will give people a choice on Europe!!