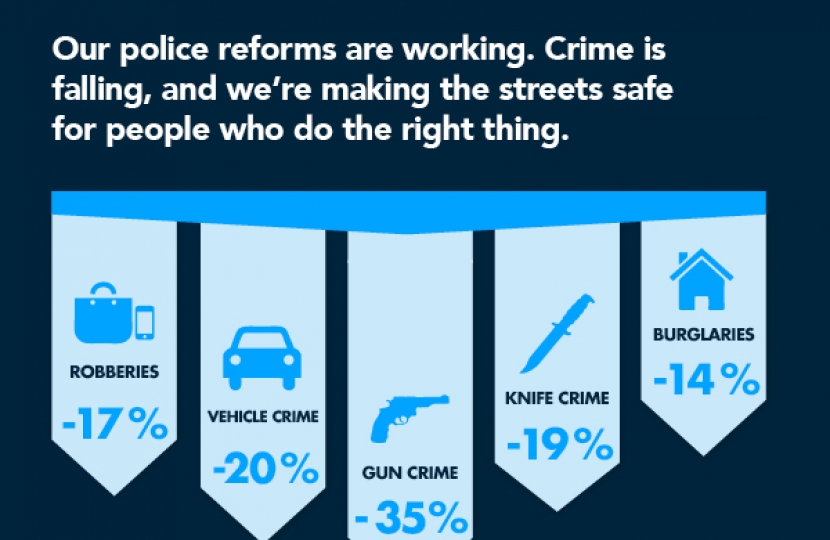 Figures released this week show that the numbers of people in Sherwood claiming unemployment benefit have fallen by 26%, whilst 133,000 more people are in work across the East Midlands since 2010. Nationally this government has now overseen the creation of 1.8 million new private sector jobs (which is over 5 times the number that have been lost in the public sector).

These figures just go to prove that the economic plan is working - it's fantastic that so many more people across Sherwood now have the security of a pay packet at the end of every month, and can look after themselves and their families. Unemployment figures in the constituency are down to just over 3% - around of half of the national figures!

At the same time we've also see the release of new crime stats that show a national drop of around 10% in recorded crime. Even better than that though is that Nottinghamshire is massivley over-performing in this area and has seen a fall of 27% - one of the highest in the country. So as well as having more security and more money in their pockets, people in Sherwood can also feel much safer since 2010. The Conservatives are tough on crime and it's paying off in Notts.