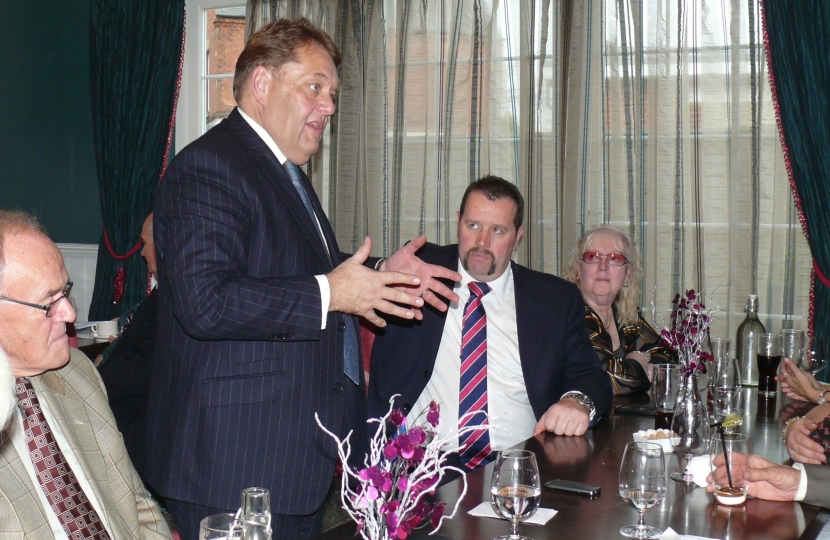 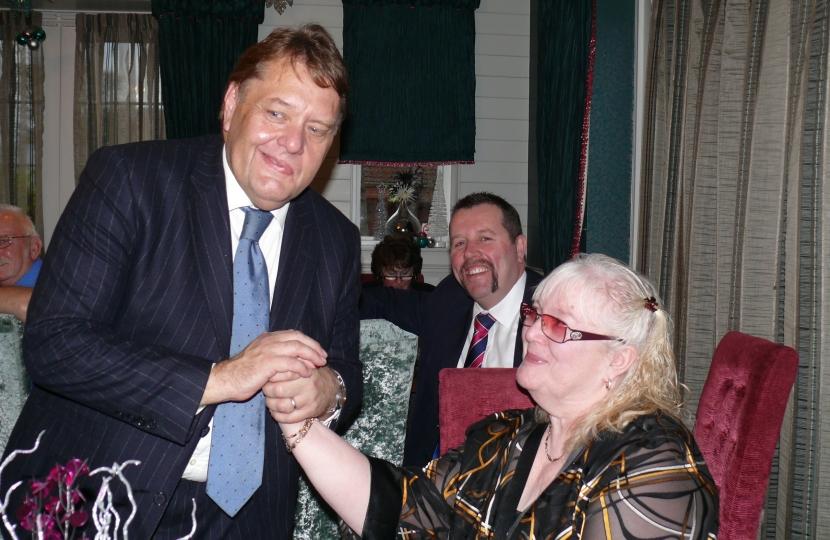 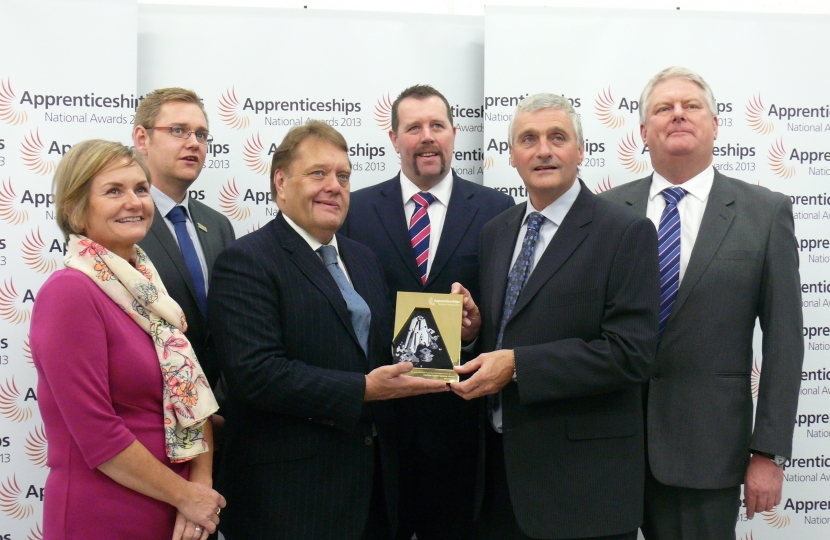 On Thursday November 28th we were lucky enough to host the Rt Hon John Hayes MP in our office's 'local', Oscars at Calverton, for a wonderful 3 course meal. The food and the company were excellent so thanks to all who attended.

John of course is a former Nottinghamshire County Councillor and a self-professed Nottinghamshire devotee, who has held several Cabinet roles in Energy and Education. He now finds himself as David Cameron's 'Gatekeeper' in the Cabinet Office, as a Minister without Portfolio and Advisor to the PM.

John gave a rousing speech about the positive differences this Conservative government is trying to make across 5 key areas, which are education and skills, welfare, regulations and bureaucracy, our relationship with the EU and above all the economy. His words were well received and certainly painted a true picture of the potential benefits of a majority Conservative government.

John also visited a number of local businesses with Mark and his time whilst he was in the area.

The event served to highlight the start of a long General Election campaign for 2015, where we are already working hard to put together a strong team and infrastructure to get Mark re-elected in Sherwood. Oscars provided a great setting and we raised around £250 for the Campaign Fighting Fund, so thanks again to John, Mark and everyone involved.